Steven Adler is a leader in Data Governance and Strategy. He invented the fields of Internet Insurance, Data Governance, Data Strategy, People Data, and patented the IBM Enterprise Privacy Architecture. In 2014, he organized Africa Open Data jams to help West Africa us Open Data to fight the Ebola outbreak, and gave a TEDx talk on this experience.
In 2015, he was appointed to the US Commerce Department Data Advisory Council (CDAC), the nations first Federal Advisory Council focused on how data could improve economic growth. In 2016, he organized The Data Cooking Show in Lima, helping 300 Peruvian journalists learn how that working with Data is as easy as cooking with a good recipe.
For 21 years at IBM, Steven was a thought leader, product developer, and company evangelist. He traveled the world, representing IBM in senior leadership forums, welcoming new hires, and selling the IBM vision. In his last year at IBM, he created a new program to use Watson to identify objects in Satellite Images.
Mr. Adler was recognized as one of the Top 100 Most Influential People in Finance by Treasury and Risk Magazine. He has given hundreds of TV, radio, online, and print interviews, and continues to work as a force for change in the world. 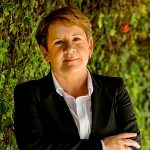 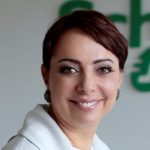