Ms. Heba Youssif graduated from Cairo University’sSchool of Economic and Political Science in 2009. She received her international relations and European Integration diploma from the Estonian School of Diplomacy and is currently studying for a Master’s degree in Gender and Development at Cairo University. Ms. Youssif specialises in human rights, project management and media monitoring. Currently, she is the head of the Safe Areas Unit in HarassMap organisation, where she is working closely on gender-based violence and sexual harassment in educational institutions and work places. She has worked as a freelance trainer for Mondo foundation in Estonia where she was conducting lectures and training sessions to school teachers and students on topics related to tolerance and accepting others. Ms. Youssif also served in Andalus Institute for Tolerance and anti-Violence Studies (“AITAS”) for around 6 years as an Executive Secretary and Project Officer. She first started as a journalist, news editor, and programmes announcer at Horytna Radio Station which is founded by AITAS. Afterwards, she became the Project Officer of the Media Monitoring Unit. Since 2009, she has been responsible for managing several human rights and media projects in her home country. Ms. Youssif has also participated in many international events and workshops, and she was an advisory member of the Women’s Rights and Gender Equality group in the Euro-Mediterranean Human Rights Network (EMHRN) for 2012. 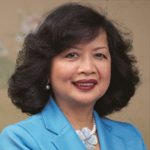