Michael Kaufman is a writer, consultant, and speaker focused on promoting gender equality and positive ideals of manhood. He is the co-founder of the White Ribbon Campaign, the largest effort in the world of men working to end violence against women. He is a senior fellow at Promundo (Washington DC and Rio de Janiero).
He has consulted extensively and spoken to many audiences within the UN system, including the World Bank, UNICEF, UNESCO, UN Women, UNDP, UNFPA, WFP, and IFAD in New York, Rome, Paris, Beijing, Kathmandu, Ankara, Geneva, Nairobi, Washington, Jakarta, and Delhi.
He has spoken in communities around the world and to diverse corporate audiences, including Unilever, Microsoft, PepsiCo, Accenture, HP, Deloitte, Triumph International, Working Mothers Media, Rio Tinto, Deutsche Bank, Royal Bank, and Barclays. He delivered the keynote at the United Nation’s 2016 and 2017 Women Empowerment Principles events.
Over the past 35 years, his work with governments, corporations, universities, schools, and the UN has taken him to fifty countries. He has worked with numerous non-governmental organizations including Save the Children, Oxfam, and the Red Cross.
He designed the training to prevent sexual harassment at the workplace used by tens of thousands of UN staff.
He is the author or editor of eight books on gender issues, on democracy and development studies, and an award-winning novel, The Possibility of Dreaming on a Night Without Stars. His latest novel is The Afghan Vampires Book Club, co-written with Gary Barker. His articles have appeared in newspapers and journals around the world and have been widely translated.
Dr. Kaufman previously taught at York University in Toronto.
He lives in Toronto, Canada, is married, and has a grown daughter and son.
www.michaelkaufman.com @genderEQ Facebook.com/michaelkaufman.mk 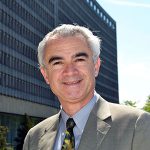 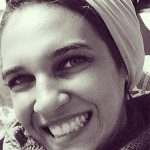