Libby Lyons was appointed Director of the Workplace Gender Equality Agency in October 2015. She oversees a statutory reporting process which gathers gender equality data from over 12,000 employers and covers more than 4 million Australian employees. Libby, in leading the Agency, is focused on working closely with employers to create workplaces in which the skills, experience and ambitions of employees are equally recognised and rewarded, regardless of their gender. Prior to joining the Agency, Libby had a distinguished career in corporate affairs and government relations, most recently heading BHP Billiton’s Olympic Dam corporate affairs division. Before this Libby was General Manager of External Relations at Atlas Iron, and held senior roles at CITIC Pacific Mining, Alcoa Australia, the Western Power Corporation, and Telstra.
Libby has always had a strong personal commitment to public service. She started her career as a primary school teacher in the outer-suburbs of Melbourne, has sat on the boards of the non-profit organisations SIDS and Kids WA, and was Executive Chairman for Kalparrin – a charity which supports the careers of children with disabilities. 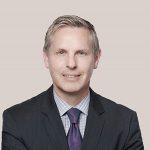 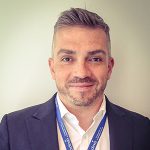