Development Director in Assurance and Services Company
National Coordinator of Gender Equality Model for Quality Food Security. (IGECSA by its initials in Spanish)
Agricultural Ministry, Cuba
Ada Cuesta Echarte was born in April 1 of 1960 in Habana, Cuba. She studied Spanish and Literature at the undergraduate level. She also has a Diploma in Information Units Management and a Master’s in Enterprises Management from the Universidad de la Habana.
Her approach to gender topics started when Mrs. Cuesta began to participate in cooperation projects of UNDP in Cuba like PALMA, Basal or Agrocadenas. Since then she has lectured at awareness workshops to demonstrate experience in the Gender Equality Model for Quality Food Security (IGECSA by its initials in Spanish).
In particular, Mrs. Cuesta has led in participatory construction of the Gender Equality Model, its organizational diagnosis, the Indicators Identification System, and monitoring of local initiatives. She is a member of the National Gender Agricultural System Committee, and the National Technical Gender Team of Basal. Mrs. Cuesta actively supports construction of the Gender Strategy of the Agricultural System.
She attended the course “Introduction to Participatory Gender Assessments for Facilitators” offered by the Centro Internacional de Formación (CIF) and ILO in cooperation with UN Women in Santo Domingo and the XII Latin-American workshop of Training in Facilitation of Participatory Processes (ASOCAM by its initials in English).
She has been part of different exchange missions to Germany and Central America, and Regional Forums of Enterprises for Equality. Recently Mrs. Cuesta participated in an international consulting for the Mid Term Revision of PRODECOR Project led by Agricultural Ministry-FIDA in eastern Cuba, with responsibilities for gender component analyses.
As the national coordinator of the Gender Equality Model for Quality Food Security (IGECSA by its initials in Spanish), Mrs. Cuesta has supported the certification of eleven companies and the incorporation of some others in this initiative. Her commitment to this project has been essential in its sustainability. She is also a member of the Gender Equality Certification Community and has shared experiences, practices and learning in different national and international scenarios. 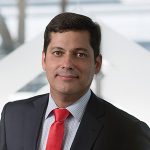