Cesar Augusto Bernal Rey has been participating in union actions since 2012. Since July 2014, he has served on the Board of the Single Trade Union of Cargo Transport and Allied Branches as the Pro-Treasurer. He has been designated as a reference for Social Actions and Trade Union Training since 2015 and participates in Corresponsibility Actions in roundtable discussion with the UNDP. In August 2016, he held the position of Secretary of the Uruguayan Association of Collaboration (AUCOS). This institution has an Inter-institutional agreement with SUTCRA to carry out various social projects, including one for the Care Center at Route 101, which is a project that includes private companies such as Mirtrans,INAU,National Plan of Care, among others. 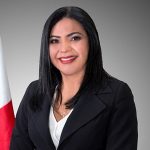