Marcela Ríos is the Program Governance Officer of the United Nations Development Program in Chile, where she also serves as the General Coordinator of the Democracy Audit Project in Chile. She has worked in various publications and articles in academic journals, including Woman and Politics. The impact of gender quotas in Latin America (2008) Catalonia / FLACSO / IDEA. She holds a Ph.D. in Political Science from the University of Wisconsin-Madison, a Master’s in Political Science from the University of Wisconsin-Madison (2002) and a Master’s in Social Science from the Latin American Faculty of Social Science (FLACSO) in Mexico. During 2015, he joined the Presidential Advisory Council against Conflicts of Interest, Traffic and Influences and Corruption, being in charge of the subcommission of money and politics. 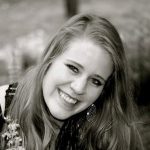