Natalia Piergentili Domenech is Public Administrator from Universidad de Santiago de Chile and has a master degree in Political Studies from “Instituto Universitario y de Investigación Ortega y Gasset”.
Mrs. Piergentili has more than 15 years of professional experience in public sector and academic field.
Among her professional track, she was Executive Secretary of Interministerial Committee of Extreme Areas Development where she led legal reforms for special territories, and coordinated relevant agendas of investment and territorial development. On the other hand, she did the first consultation to Rapa Nui population aligned with ILO convention 169.
In academic field, Mrs. Piergentili she has taken courses in management, public politics and territorial development areas. Since 2012 has been teacher in Latin-American Social Sciences Faculty in FLACSO Chile based, where she lectures Decentralization and Social Politics course.
Mrs. Piergentili has drafted numerous articles and paper where some of most known is: “Political-Institutional Analysis to Chilean state and Rapa Nui people conflict” and has coauthored the research named “Organizative ways that facilitate social Services Deliver” text that belongs to the Book “Between design and evaluation- Crucial role of social programs implementation” published by Interamerican Development Bank in 2007.
Since March of 2014 until her nomination, Mrs. Piergentili worked as Regional Development Divission Chief of Subdere. 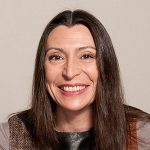 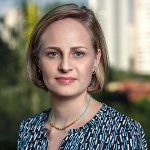