Ms. Davis’ expertise lies in the areas of gender equality, women’s empowerment, democratic governance and local urban development. She was part of the founding team that designed and launched the United Nations Democracy Fund, and she spearheaded UNDP’s global practice on parliamentary development.

Additionally, Ms. Davis was responsible for bringing gender equality and women’s empowerment into UNDP’s electoral support and was the founder of iKNOW Politics, a global knowledge portal for women in politics. She spent nearly a decade working in Asia on issues surrounding local development, housing and urban settlements.

More recently, she has been working on gender equality and democratic development in the Arab region. She has contributed to publications on gender and political parties, gender and elections, women in parliament, and local urban development.

Ms. Davis is a Canadian and French national. She holds a Master’s Degree in International Affairs with a specialty in International Political Economy from Columbia University in New York, a diploma from L’Institut D’Etudes Politiques in Paris, an undergraduate degree in Economics from York University in Toronto, and a degree from University of Chicago Booth High Performance Leadership Executive Programme. 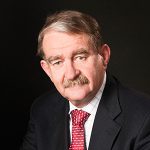 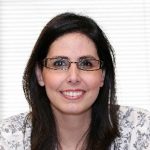